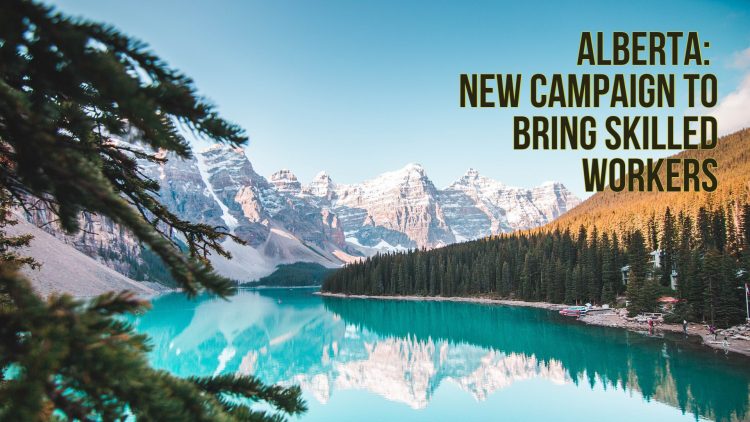 This week, the province of Alberta launched a new campaign in the Toronto and Vancouver markets to attract talented professionals. According to the province, Alberta provides many advantages in terms of cost of living, career, and lifestyle. Some of these advantages include:

About the ‘Alberta is Calling‘ campaign

The $2.6-million dollar campaign will be promoted across social media, on radio, and in high-traffic locations across Vancouver and Toronto. Moreover, it is divided into two phases. The first phase was launched on August 15, 2022. The second phase will be launched in mid-September of this year.

Further, people can visit the campaign on the following website: albertaiscalling.ca. On the website, people can find information about Alberta’s affordability, lifestyle and careers.

“A software developer, nurse and plumber walk into a province, they all get jobs,” says the website.

Over the past three years, Alberta has seen growth in sectors including film and television, technology, agriculture, renewable energy, aviation and logistics. This diversification means that job seekers have more opportunities to expand their skillsets.

<<Immigration to Canada for Artists, Performers, and Self-employed People>>

According to the province’s website, job vacancy rates in Alberta are high with more than 100,000 open jobs. Also, 78% of Alberta businesses report shortages restricting their ability to meet demand. Moreover, Alberta has seen the highest employment growth in the country in 2022.

Between December 2021 and July 2022, employment in Alberta increased by 68,200 jobs compared to an increase of 47,800 in Ontario and 45,400 in British Columbia. It is important to mention that the mentioned provinces have larger populations than Alberta.

In addition, Alberta workers continue to have the highest earnings across all provinces, said the province.
Alberta’s $1,251 average weekly earnings (May 2022) are the highest in the country. The second highest is Ontario at $1,197/week and the third one is B.C. at $1,159/week.

According to Statistics Canada’s 2020 Canadian Income Survey, released in March 2022, Alberta families earned a median after-tax income of $104,000 in 2020, which is more than $7,000 higher than Ontario and nearly $10,000 higher than families in British Columbia.

About the Provincial Nominee Program (PNP)

If you want to apply under PNP, you need to keep an eye on opportunities that arise in the province of your choice. The following articles could help you with your quest: