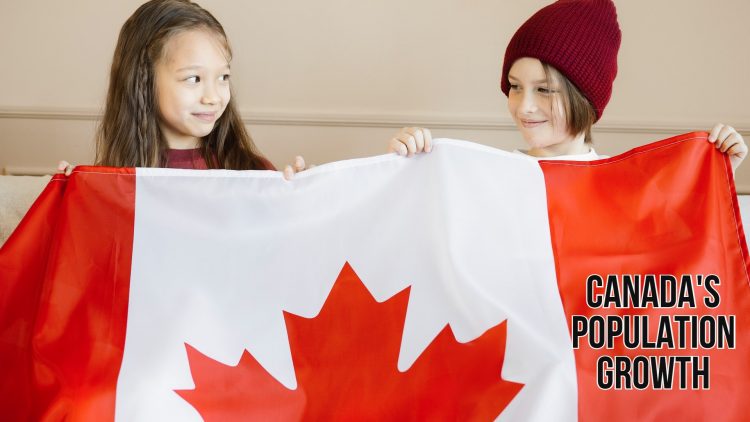 Canada remains the fastest growing country in the G7

The G7 is a grouping of the world’s advanced economies: Canada, France, Germany, Italy, Japan, the United Kingdom, the U.S., and the European Union. Canada joined this group in 1976, and since then it has further strengthened its political and economic ties with these countries.

Today, Statistics Canada released the results of a census conducted in the spring of 2021. The census shows that Canada remains the fastest-growing country in the G7. It also shows that most of this growth is attributable to immigration: 1.8 million people called Canada ‘home’ in 2021. 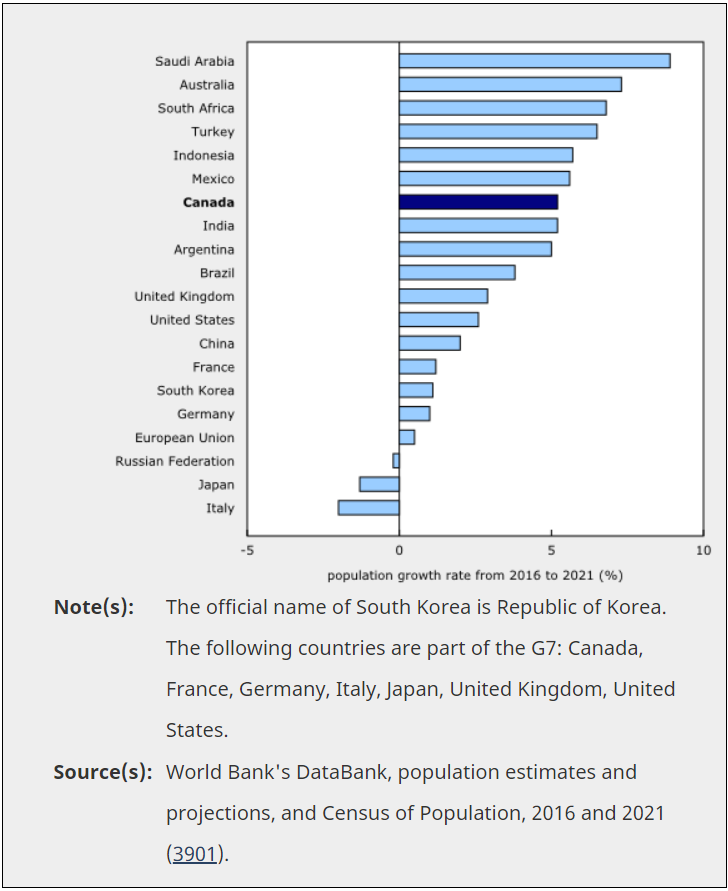 Canada is home to almost 37 million people. It grew about twice as fast as other G7 countries. This is 1.8 million (+5.2%) more than in 2016. The growth is attributable to more people from around the world starting a new life in this country. Unfortunately, the pandemic halted Canada’s population growth in 2020.

In 2020, Canada put in place a border restriction to curb the spread of COVID-19. Since immigration (not fertility) drove Canada’s population growth from 2016 to 2021, it was also the main reason for a slowdown. However, even during that period, Canada continued to be the fastest among G7 countries.

“Canada’s population growth has largely been driven by immigration since the 1990s, says the Statistics’ Canada report“

It is important to mention that among the provinces, Prince Edward Island (+8.0%) and British Columbia (+7.6%) had the highest growth rates. On the other hand, Newfoundland and Labrador (-1.8%) saw its population decline from 2016 to 2021.

In addition, Urban centres grew faster than rural areas because immigrants are far more likely to settle in cities. There were more than 6.6 million Canadians living in rural areas in 2021, a 0.4% growth from five years earlier. By comparison, urban areas grew 6.3% in the same time frame.

Also, resort destinations such as Squamish, B.C.; Canmore, Alberta; as well as Wasaga Beach and Collingwood in Ontario, are among the fastest-growing communities in Canada.

<<Read: The provinces and cities with the highest immigrant retention rate>>