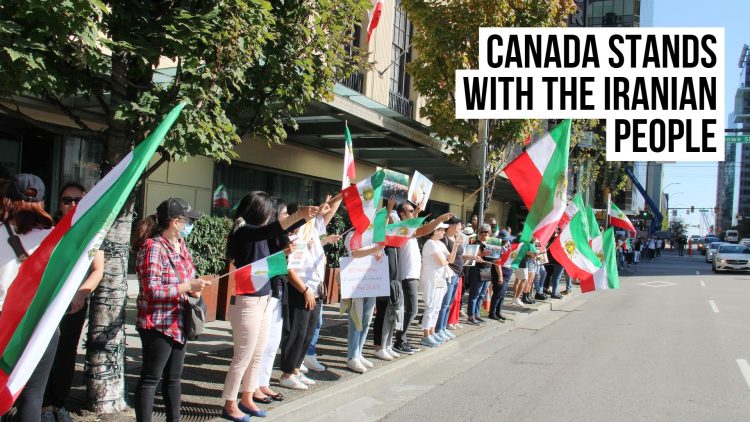 Canada to take strong actions against the Iranian regime

For almost a month, hundreds of antigovernment protests have erupted in cities across Iran and around the world since the death of a young woman, 22-year-old Mahsa Amini, in police custody in Tehran.

In September, members of Iran’s Guidance Patrol, or “morality police,” detained Mahsa Amini for allegedly violating the Islamic Republic’s conservative dress code. She later died on September 16, 2022, of what authorities said was a “heart attack”, a claim her family denies.

Ms. Amini’s death was a direct result of the systemic harassment and repression that women face in Iran.

About the protest in Iran

During the protests in Iran, authorities have ruthlessly cracked down on widespread opposition with excessive and lethal force, Human Rights Watch said.

“Based on videos of protests, and interviews with witnesses and a security force member, Human Rights Watch documented numerous incidents of security forces unlawfully using excessive or lethal force against protesters in 13 cities across Iran”.

Due to the dreadful situation that Iran is experiencing, on October 7, 2022, the government of Canada stood in solidarity with the people of Iran who were peacefully protesting in the name of freedom and justice. “The Iranian regime’s brutal repression of these protests – killing, beating, and arresting protesters – is once again demonstrating its blatant disregard for human rights and human life. We are listening to and joining our voices with those who are demanding better,” said the government of Canada. Moreover, Prime Minister, Justin Trudeau, announced that Canada will take significant, further action against the Iranian regime.

In addition, on October 13, 2022, the Minister of Foreign Affairs, announced additional sanctions under the Special Economic Measures (Iran) Regulations. Let’s explore the measures that Canada is taking to help hold the Iranian regime to account for its egregious actions.

New measures against the Iranian regime

These sanctions effectively will freeze any assets these individuals may hold in Canada. “We will continue to use every tool at our disposal to implement the most robust sanctions against the Iranian regime in the world,” said the Government of Canada.

These measures prohibit dealings related to the listed individuals and entities, effectively freezing any assets they may hold in Canada. Individuals listed in response to gross and systematic violations of human rights are also rendered inadmissible to Canada under the Immigration and Refugee Protection Act.

Message from the Prime Minister to the Iranian community

“To the strong, resilient, and proud Iranian Canadian community: We hear your voices, we hear your calls for action. That is why today, we’re using the most powerful tools we have to crack down on this brutal regime and the individuals responsible for its heinous behaviour. Our government will continue to use every single tool at our disposal, including the Magnitsky sanctions.”