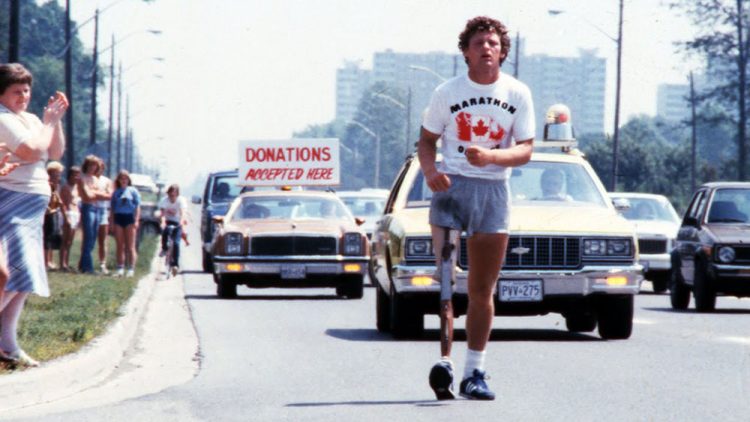 The Terry Fox Run is an annual non-competitive charity event in Canada and other cities around the world. It takes place on the second Sunday following Labour Day. This year’s Terry Fox Run will take place on Sunday, September 15. People gather and participate in runs and walks to raise money for cancer research. People also participate in these runs to honour Canadian cancer activist Terry Fox and his Marathon of Hope.

Who is Terry Fox?

Aside from being a cancer research activist, Terrance Stanley “Terry” Fox was a Canadian athlete and humanitarian. In 1977, his right leg had to be amputated due to cancer. In 1980, with an artificial limb, he embarked on a run across Canada to help raise money and awareness for cancer research. He called this the Marathon of Hope.

Terry began the marathon in St. John’s, Newfoundland, Canada’s easternmost city. The marathon ended at the shore of the Atlantic in Thunder Bay, Ontario, covering 5,373 km. He’d run close to a marathon a day, for 143 days across six provinces and two-thirds of the way home. This is no small achievement for an able-bodied marathon runner and a huge accomplishment for an amputee.

Eventually, Terry’s mission came to an end when cancer began to spread to his lungs. He died shortly before his 23rd birthday, on June 28, 1981.

To date, over $700 million has been raised towards cancer research in Terry Fox’s name. His courage and determination have inspired millions of people for years to participate in the Terry Fox Run for cancer research.

In conclusion, Terry Fox showed the world that while cancer claimed his leg, it didn’t claim his spirit. He changed the way people look at the disabled. Terry is the youngest person to be made a Companion of the Order of Canada. In addition, Terry is a Person of National Historic Significance and a member of Canada’s Sports Hall of Fame.

If you wish to visit or move to Canada, please fill out our free assessment form. We will review the form for free, but we will contact you only if we find an opportunity for you. Alternatively, you may book a consultation session. Consultation sessions are not free, but you will receive formal advice from a licensed practitioner. Doha Hanno Publicist, Parsai Immigration Services

Disclaimer: This article provides information of a general nature only. It may no longer be current. It does not give legal advice. Do not rely on it as legal advice or immigration advice. We cannot be held responsible for the content of these articles. If you have specific legal questions, you must consult a lawyer. If you are looking for immigration advice, book an appointment. All the characters in the articles are fictional, unless otherwise clearly stated. Any resemblance in names, dates, and places (whether individuals, organizations, regions, or countries) is coincidental.