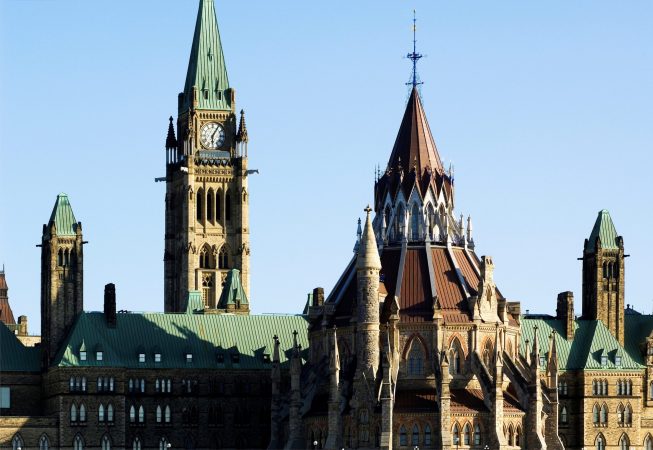 Ashkan is an Iranian citizen who wishes to immigrate to Canada. He has studied different immigration options to Canada. Ashkan’s intention to migrate is to find an alternative place to live that offers him many opportunities. He truly believes he needs to know more about the political system of his potential new home. Ashkan wants to know more about the Canadian government and how it is structured.

The political system of this world has divided the earth into several countries. The governments of these countries try to protect their citizens against others as much as possible. Canada is no exception. If foreigners work in our country freely, they may compromise the livelihood of Canadian citizens. If people immigrate to Canada without proper screening, they could jeopardize our safety or security. Immigrants, visitors, foreign workers,  and international students may affect Canadian culture and language significantly, to the point that it could replace our values with the ones that we don’t like. This way of thinking may seem to be xenophobic or rather fear of foreigners. Majority of Canadian people hold a moderate view of foreign nationals though. I don’t think they qualify for this term. Nonetheless, most people want the government to set limitations on the influx of foreign nationals to Canada. The entity who is responsible for managing the flow of immigration is the government of Canada.

The Government of Canada

Canada is a sovereign country. In other words, the Canadian government has the authority to make decisions about its own country without the interference of other countries. The Canadian people have chosen to call the Queen of England (and her heirs) as the head of their state. In this capacity, the Queen calls herself the Queen of Canada rather than the Queen of England. None of the other members of the British government have authority or responsibility for Canadians. The Queen of Canada appoints and delegates her duties to the Governor General who acts like the King or the Queen of Canada. For example, if the president of the United States visits Canada, it is the Governor General who typically welcomes him to our country.

Canadian Parliament is the legislative branch of our country. It consists of three major parts. Governor General sits on top. The second part is the Senate which includes a group of politicians called senators. The third part is the House of Commons. People of Canada elect the members of the House of Commons through a relatively complicated election process. We call every one of these legislators as a Member of the Parliament or an MP.

Think about a running race. A group of people decide the length of the track, whether the runners can take energy enhancing drugs, the rules that disqualify a runner, and the conditions under which they may cancel the race. This group is like the legislative branch of the government. A second group decides on the qualifications of those who register the timing of the runners, the location of the hydration stations, the type and meaning of the signs they will install on the route, and so on. This group is like the executive branch of the government.
There are times that some of the people who serve in group number one (i.e. the legislative branch) also take part in group number two (i.e. the executive branch). Canadian government resembles this situation.

Canada has some federal political parties. The most powerful ones are the Liberal Party of Canada, the Conservative Party of Canada, and the New Democratic Party of Canada. Another federal party, the Green Party of Canada is gradually gaining power. These political parties introduce their candidates for every region of Canada (also called a riding) every four years or so. People vote for their Candidates through secret ballots. Every riding elects a new Member of Parliament (MP) or re-elects the old one. When the voting is completed, the political party who has the most number of MPs shapes the government of Canada. In other words, MPs form the House of Commons a significant part of the legislative branch, and then the winning party develops the executive branch.

The executive branch in Canada is rooted in the legislative branch. The leader of the winning political party becomes the Prime Minister of Canada. He selects some of the MPs as his cabinet. I say he, because with one exception all Canadian Prime Ministers have been men so far.

Remember the running race example. What if a runner claims another runner hit her, and that’s why she couldn’t cross the finish line. The third group of people get involved in making decisions on situations of this nature. This group in our country is called the judicial branch. The judicial branch consists of courts and judges. This branch is independent of the legislative and executive branches to ensure the integrity of our judicial system.

Canadian judicial system consists of three major sectors. The military courts are responsible for offences with the armed forces of Canada. The provincial tribunals and courts make decisions on matters that can be resolved at the provincial level. The federal courts deal with national issues. Immigration usually falls under the federal sector.

The courts within each sector appear on different levels. The lowest level in federal courts are the federal administrative tribunals. These are specialized decision makers. Their scope of practice is limited. The largest administrative tribunal in Canada is the Immigration and Refugee Board of Canada (IRB). They have branches from coast to coast. They make decisions on matters such as inadmissibility to Canada, family sponsorship refusals, refugee claims, and detentions due to violating the immigration laws. We call the IRB judges, (panel) members.

The Canadian judicial system is a common law system. The only exception is Quebec which uses civil law. In a common law system if a judge makes a decision the lower courts need to make the same decision under the same circumstances. This means if the SCC makes a decision all courts in Canada has no choice but to rule according to that decision. Even if they don’t, their decisions will be overruled at a higher level. That’s why the decisions of SCC are as powerful as the laws of the Parliament. In other words, the Canadian laws come from two sources, the legislative branch and the judicial branch.

The Three Levels of the Government in Canada

Each province consists of several smaller regions or municipalities. These regions may have their governments. The authority of municipal governments is minimal but it could affect the people who live in that municipality.

The ultimate decision-maker on immigration applications is the federal government of Canada. Regardless, the provincial have a say in selecting their own immigrants via the Provincial Nominee Program (PNP) program.