Home » Living in Canada » Dogs and People in Canada 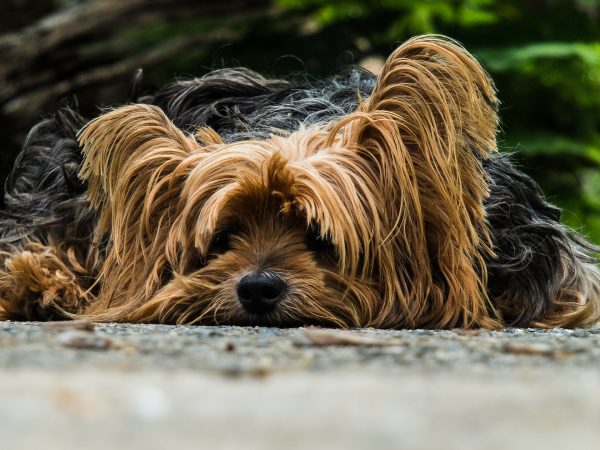 Dogs and People in Canada

Just like many other immigrants who come from the middle east region I am not a pet person. Our home is a pet-free zone. This is not the case in many Canadian homes. According to a report published by businessedge.ca Canadians spend as much as 4.5 billion dollars on pets every year. This simply means that Canadians love having pets and spending on them.

When it comes to pets, dogs are the most popular creatures. They bind with their owners. The bind is so strong that they become a serious member of the family.

I am not that much familiar with dog breeds but among those that I know, boxer is my favourite (see image). I like the short hair, the slim yet strong body, the calm face, and friendly behaviour of this breed. Boxer remains on top of my list despite the fact that we are far far away from letting a pet into our pet-free territory. Pit Bull not a Great Choice

It looks like that not all dogs are as friendly and calm as boxers. For example there has been many incidents related to pit bulls in the past. Pit bulls (see image) are terrier or rather hunting dugs. It seems they sometimes consider humans as their prey and attack them. Some attacks result in severe injuries, hospitalization, and even death. Wikipedia.org reports that between 50 to 65% of dog-bite related fatalities in the United States are caused by pit bulls [link]. Due to the level of threat that pit bulls impose to human beings the province of Ontario has banned this breed since 2005. Nobody can purchase and keep pit bulls since then. If somebody had owned a pit bull prior to the date of enforcing the ban they need to keep their dog under restricted conditions. For example if they take their dog out they need to muzzle the dog and secure it by a leash all the time.

To the best of my knowledge Ontario is the only province in all North America that has banned pit bulls. Other US states and Canadian provinces may have similar regulations but not as strict as Ontario.

Dog owners could also be held responsible for injuries caused by their dogs. It is important to be cautious and take careful steps to avoid any problems related to dogs. The Ontario “Dog Owners’ Liability Act” lays out the consequences of dog related incidents [link]. Other provinces of Canada has also similar laws or regulations in place.

Most municipalities have passed by-laws that define the responsibilities of dog owners when they keep them in their home or take them out for a walk. Click here for a sample by-law related to dogs which is enforced in Chatham-Kent.

Dogs and many other pets are good friends for people. We are also in charge of training them, keeping them healthy, and making sure that they do not disturb others or cause problems.

If you are a newcomer to Canada and come from a pet-free country you need some time to get used to so many pets around. You may eventually decide to join the crowd and enjoy having one or two pets especially one of those friendly dogs (may be a chihuahua, a bulldog, a boxer, a dalmatian, or another breed of your choice). Click here for a list of dog breeds.