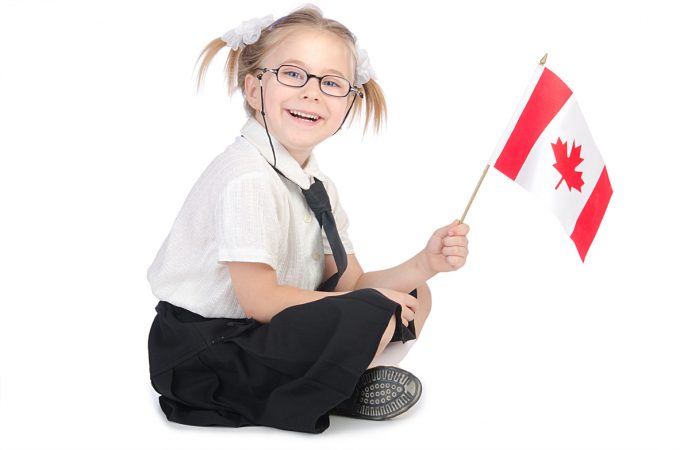 Akinyi is a young Kenyan citizen. She recently celebrated her 22nd birthday just a few days after graduating from her undergrad studies. She has the dream to travel to other places and possibly to immigrate to another country. Akinyi has heard Canada is a great destination for tourists, foreign workers, and immigrants. She, however, has no idea about Canada. Being a smart young lady, Akinyi decides to read all the articles on settler.ca.

Canada is an interesting country. It is probably the most welcoming country to the immigrants. Canada accepts more than 300,000 new immigrants every year. But how much do you know about Canada? This post introduces five fun facts about Canada. I hope you enjoy them all.

Fun Fact 1 – Canada is the Second Largest Country on Earth!

Canada is the second largest country in the world. Here is the list of top 5 countries of the world with their areas and population:

Fun Fact 2 – Canada Has Two Official Languages and Many Non-official ones!

If you search the internet you quickly realize that Canada is among the top 10 coldest countries in the World on most of the lists. The coldest month of the year is January. You can hardly find a city in Canada in which the average January temperature is above the freezing point of water (i.e. 0°C or 32°F). Sometimes the temperature reaches below -40°C (-40°F).

Did I tell you, Canada neighbours the North Pole?

Depending on who you ask, our earth has four or five oceans, namely; the Atlantic, the Pacific, the Indian, the Arctic, and the Southern (Antarctic). Three of these oceans surround Canada; the Atlantic to the east, the Arctic to the North, and the Pacific to the west. Canada borders the US to the south but there are four mighty lakes between them, called the Great Lakes, namely; Lake Ontario, Lake Erie, Lake Huron, and Lake Superior. These are all freshwater lakes. Lake Superior is the largest freshwater lake in the world with an area of 82,100 km2 (31,700 mi2) and a maximum depth of 406.3 m (1,333 ft). [source]

Canadians are seriously active in the field of science, literature, and world peace. So far 25 Canadians may call themselves Nobel laureates. Here is the list [source]: