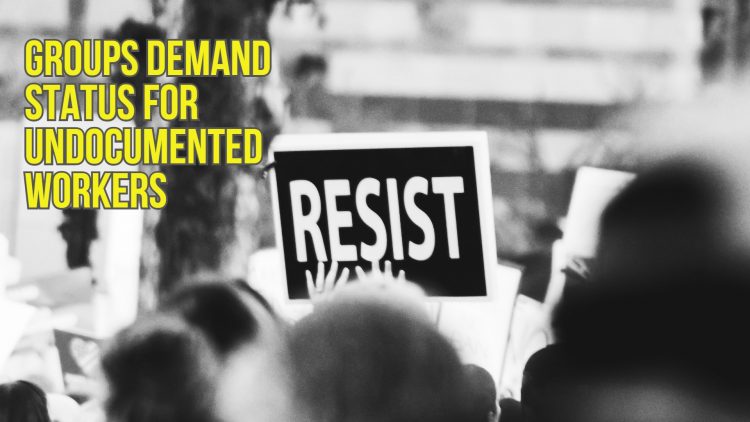 On Sunday, September 18th, thousands of people reportedly attended events in 13 Canadian cities to demand status for migrant workers. There are estimated to be 500,000 undocumented migrants and 1.2 million migrants with temporary status. Consequently, the protesters asked the government of Canada to grant permanent residence to all of them.

During the pandemic, the Canadian government started a regularization program for pending or failed refugee claimants providing direct patient care in the healthcare sector to gain permanent residency. In 2020, Canada also opened a pathway to permanent residency for up to 500 out-of-status construction workers. In a story broken by The Toronto Star, there are reportedly plans to explore expanding the program to offer more undocumented workers permanent residency.

Protestors on Sunday called for the issue to be a priority for Parliament going forward. “We want to make sure that parliament does not in any way delay,” Syed Hussan, the Executive Director for the Migrant Workers Alliance for Change, reportedly told the Associated Press.

Caroline Michael is an undocumented healthcare worker from Toronto who has been on the front lines throughout the pandemic. According to the Associated Press, she spoke about the toll both her status and not having access to basic Canadian rights have taken on her mental health. Having needed to pay out of pocket for her own healthcare while providing it to others with coverage. She also emphasized the need for Canada to grant permanent resident status to all undocumented workers in the country. She added that it was like she was “in a prison,” and that herself, and all the other undocumented migrants working alongside her during the COVID-19 pandemic, “[…] are not robots. We are humans, we are all human beings.”

Merari Borgez also emphasized the difficulties in growing up without status in Canada, having moved from Mexico City at a young age. According to the CBC, she recounted her challenges accessing healthcare and education while growing up in Canada. Since she and her family did not have status in Canada, they were not even able to visit or say goodbye to the rest of their family back in Mexico. “Living without status is dehumanizing,” she reportedly told the crowd, “We don’t want pity. We want action.”

As we spoke about during a previous article, immigration is going to continue being a main driver of population growth in Canada. Further, by 2041, “immigrants and their Canadian-born children” could account for 52.4% of the country’s total population based on the reference scenario used by StatsCan. This would be an increase of 12.4% from 2016 when Canada’s population came in at 14.4 million and the same group made up 40% of that total.

Additionally, Canada is also currently leading other major Western countries in its growth of international students. According to Statistic Canada, this is “likely related to both the changing reception environment in other major receiving countries” and “the concrete measures adopted by the Canadian government and educational sector to attract international students”.

Finally, Canada is already targeting high levels of newcomers to support its population, labour force, and economic growth. In 2022, Canada will welcome 431,645 new immigrants in the following categories:

If you have a broad question about immigration to Canada, please fill out the following form. However, if you have specific questions, book a consultation session. You may alternatively fill out our free assessment form.