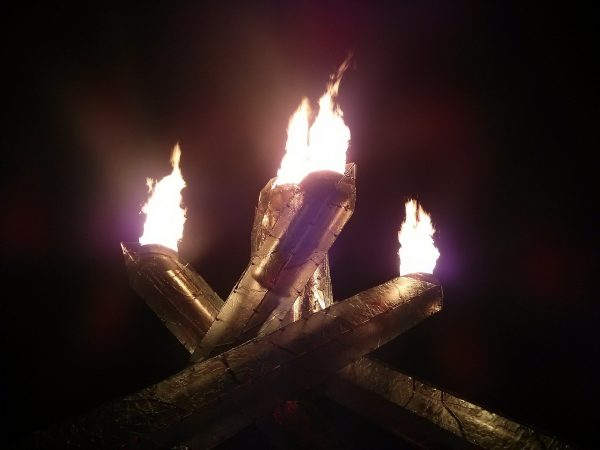 It was a magical moment for thousands of Chathamites to visit Vancouver Winter Olympics 2010 torch crossing through their city. Thousands of people gathered together in Kinsmen Auditorium and Arena from noon on December 22, 2009 hours before the torch appearance in the city.

The arena was packed with enthusiastic skaters and auditorium was warmed with amazing performances by dance groups and gymnasts. Kids loved face painting and crafting. Food was available to everyone and booths from Cultural Coalition of Chatham-Kent, Adult Language and Learning, and Filipinos of Chatham-Kent added to the flavour and variety.

When torch arrived around 7 pm people were outside watching performances sponsored by RBC (Royal Bank of Canada) and Coca Cola. A group of local athletes showed up at the event along with Randy Hope the Chatham-Kent mayer and many other elected members of the area.

It was certainly a fun and exciting moment for everyone. Torch stayed in our area for 3 days and toured many of Chatham-Kent cities and townships.

Click here to see photos of the event. You may also add your photos there.