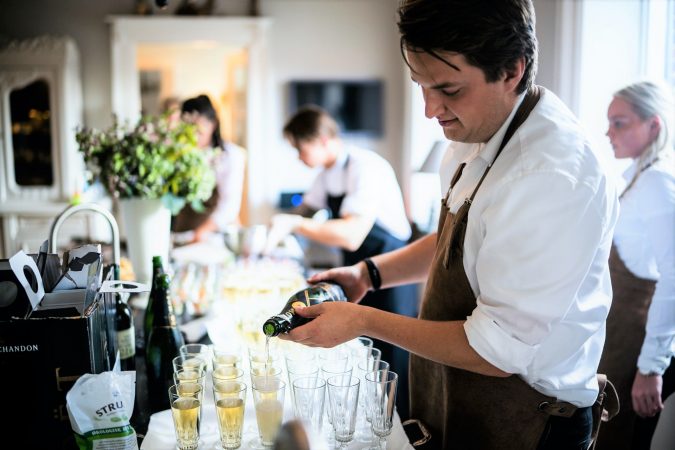 The sectors with the most job vacancies in Canada

The Canadian labour market continues to recover according to a new Statistics Canada report. The job vacancy report notes there were more than 1 million job vacancies at the beginning of September, across all sectors. In this article, we’ll explore which are the sectors with the highest job vacancies in Canada.

The sectors with the most job vacancies in September were accommodation and food services. There were 196,100 vacancies in September and up from 156,800 in August 2021. This is more than in any other sector. The report suggests that these sectors might face obstacles related to the recruitment of appropriately skilled employees.

In addition, Health care and social assistance had over 130,000 vacancies in September, nearly double the total of vacancies in the third quarter of 2019.

Industries like construction and manufacturing also reached record highs in job vacancies (in September). For example, employers in construction were actively seeking to fill 85,400 vacant positions. This double the number reported by Statistics Canada in the third quarter (July to September) of 2019.

“The job vacancy rate in the construction sector was 7.1% in September 2021, the highest monthly rate since comparable data became available in October 2020.” Statistics Canada

Moreover, in manufacturing, there were 82,600 vacant positions and the job vacancy rate was 5.1%, both record highs.

According to the Statistics Canada report, payroll employment increased in eight provinces in September. The provinces that reported the most people added to the payroll were:

Nationally, a total of 91,100 people were added to payrolls in September, representing the fourth straight monthly increase. Moreover, job gains were driven by the services-producing sector, namely accommodation and food services, public administration, and finance and insurance. 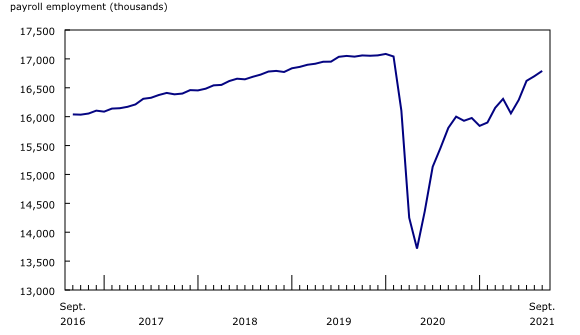 Statistics Canada explains that an increase in job vacancies may signal an increase in economic activity and hiring as employers create new roles. It may also signal worsening structural labour market imbalances, such as skills shortages and geographic mismatches between available positions and workers who could fill them. It also potentially signals a shift in the willingness of workers to accept the wages, benefits, and conditions associated with a particular job.

If you have a broad question, please fill out the following form. However, if you have specific questions, book a consultation session. You may alternatively fill out our assessment form.

Canada ranked 7th in most powerful passport of the world

Can you travel to Canada with a missing or expired PR card?

These are the provinces that lead in employment growth in Canada

Ontario, Saskatchewan and BC held their first PNP draws of 2022