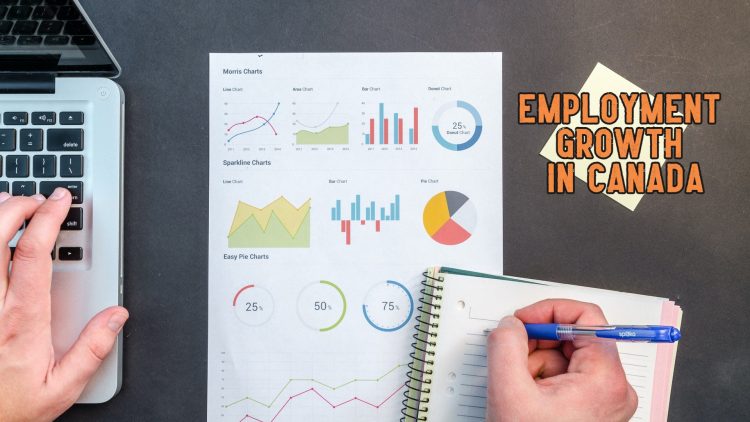 These are the provinces that lead in employment growth in Canada

In December 2021, Canada added 55,000 jobs, according to the latest Statistics Canada’s Labour Force Survey. The figures showed there were more people working full-time, and more core-aged newcomers employed. But, what are the provinces that lead this employment growth in Canada? Let’s find out!

The provinces with an upward trend in employment rates

In 2021 nearly all provinces posted employment growth. Moreover, the provinces that lead this upward trend in employment rates were:

Employment in Ontario rose for the seventh consecutive month (+47,000; +0.6%) in December 2021. According to the report, increases were in full-time work, and mostly in the wholesale and retail trade sector, as well as the manufacturing sector. Moreover, men aged 15 to 24 and  25 to 54 accounted for most of the gains.

During the last 7 months of 2021, unemployment fell in Ontario. it went from 6.0%, to 0.4 percentage points. This is the lowest percentage since February 2020.

The Statistics Canada’s Labour Force Survey suggested a little change in the employment rates of this province, as increases in full-time work offset decreases in part-time work. Quebec had a large gain of jobs in the construction sector. However, there were fewer people working in healthcare and social assistance. Fortunately, the unemployment rate ended the year at 4.6% and remained near the pre-pandemic low of February 2020.

Although Saskatchewan is not on this list, I think it is important to mention that employment also rose (December 2021) in this province (+6,000; +1.1%), the first notable increase since September 2021. Similar to Ontario, the gain was in full-time employment and mainly among men aged 25 to 54. The most notable increase was in professional, scientific, and technical services.

Although immigration took a hit at the beginning of the pandemic, core aged (people between 25-54) immigration is returning to pre-pandemic levels. The number of core-aged immigrants who have arrived in Canada in the last 5 years is currently 0.6% higher than in December 2019. This number is based off a 3-month moving average and represents an increase of around 5,000 people.

Recent immigrants also have higher levels of employment than in December 2019. In December 2021, 78.7% of core working-age immigrants were employed. This represents an increase of 7.8 percentage points from two years earlier. The gains were felt in both high and low skilled jobs, mainly from the professional, scientific, and technical services as well as wholesale and retail trade.

For core aged immigrants who arrived more than 5 years ago and core aged workers born in Canada, there was little change in the employment rates between December 2019 and December 2021. These numbers sat at 82.6% and 85.5% respectively.

<<Also Read: The sectors with the most job vacancies in Canada>>

If you have a broad question about immigration to Canada, please fill out the following form. Of course, if you have specific questions, book a consultation session. You may alternatively fill out our assessment form.