A new report, released on November of this year, goes deep into the disparities faced by visible minorities in the Canadian skilled trades.

The Government of Canada defines “visible minority” as, “persons, other than Aboriginal peoples, who are non-Caucasian in race or non-white in colour”. This report break up visible minorities into South Asian, Chinese, Black, Filipino, and Latin American. You can find the remaining categories grouped together as “other”.

The data here come from journeypersons who responded to the 2016 census and received their certification between 2008-2017. However, the labour market outcomes of these data represent only 1 year after certification.

Please, be aware that a certified journeyperson is recognized as a qualified and skilled person in a trade and is entitled to the wages and benefits associated with that trade.

Underrepresentation in the skilled trades

The report shows that visible minority journeypersons are underrepresented in all the skilled trades. In general, men were more underrepresented than women across the board. Latin Americans had the highest and Chinese had the lowest levels of representation across both men and women. 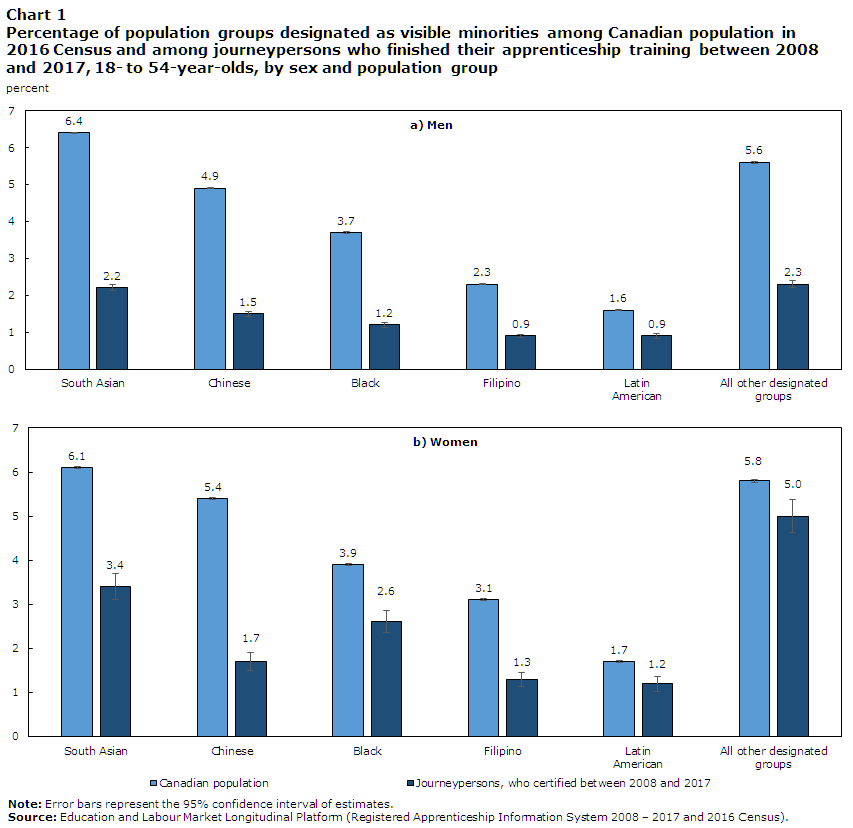 Men received higher incomes than women across all population groups. Interesting differences between men and women are the different choices of professions, and men being more likely to work in unionized environments, be Red Seal certified by the Canadian Council of Directors of Apprenticeship, and less likely to report solely self-employed income. Filipino and non-visible minority men and women were less likely to report low-income levels than other visible minorities. Also, women were considerably more likely to report low-income levels than men. 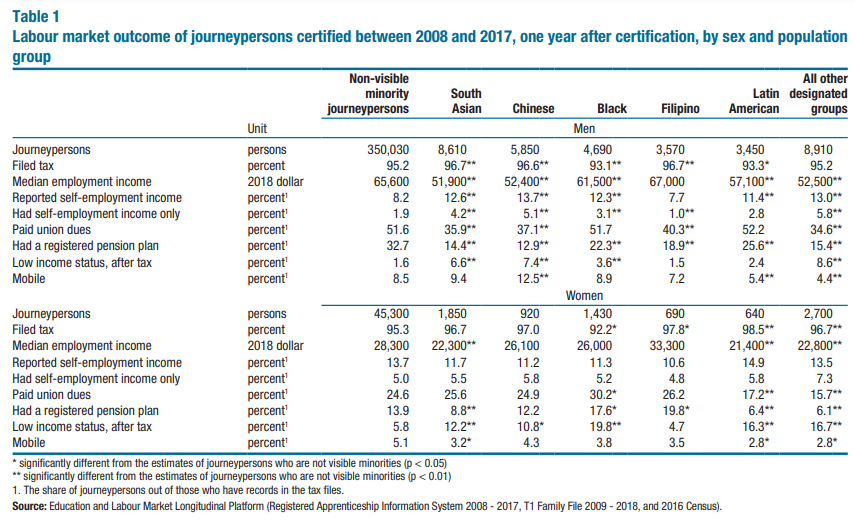 If you have a broad question about immigration to Canada, please fill out the following form. Of course, if you have specific questions, book a consultation session. You may alternatively fill out our assessment form.

International students are experiencing higher wages than before

Apply for a visa inside Canada | Inland TRV applications

The sectors with the most job vacancies in Canada